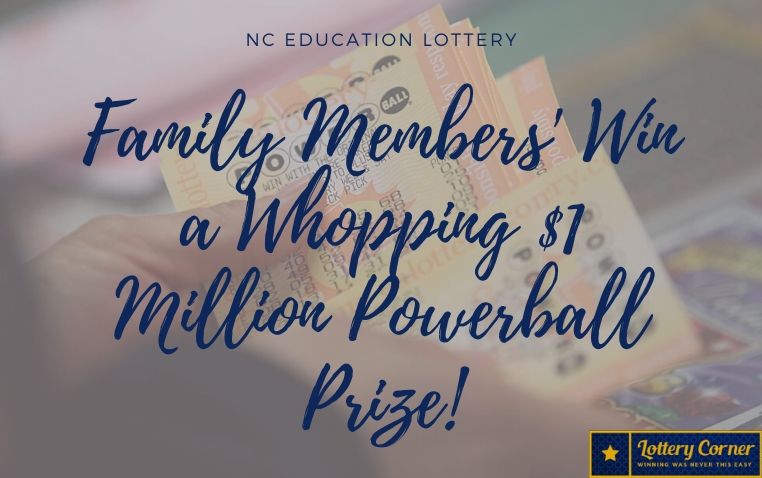 Jonathan Gonzalez of Salisbury won $1 million after receiving good luck and support from his family members: his sister, his uncle, his grandparents, and his father.

According to him, he said, “I had them each pick a number from one to 69. And those were the numbers I played.”

Having gotten his good luck numbers, he proceeded to buy his ticket at the Speedway of South Main Street in Salisbury.

A day after Gonzalez's last birthday, his family had lost their home in a fire that destroyed their house last year. But as fate would have it, all of his 'lucky' numbers corresponded with all five white balls in the drawing. The result had beat the odds of 1 in 11.6 million for him to have won the prize of $1 million.

Recounting the event, Gonzalez said with laughter, “I picked the Powerball number and that was the only one I didn’t match.”

On Monday, Gonzalez went to claim his prize at the Lottery headquarters in Raleigh. After the deduction of state and federal tax withholdings, he went home with a total of $707,501.

According to him, he intends to share the money with his family members who helped him because they lost their home to a fire one year ago. He also added that he intends to pay off his mortgage. The jackpot prize for the Powerball drawing that will hold on Wednesday is an estimated $95 million. In cash, that will be approximately $76.7 million.