How much do you pay in taxes if you win the lottery in US? 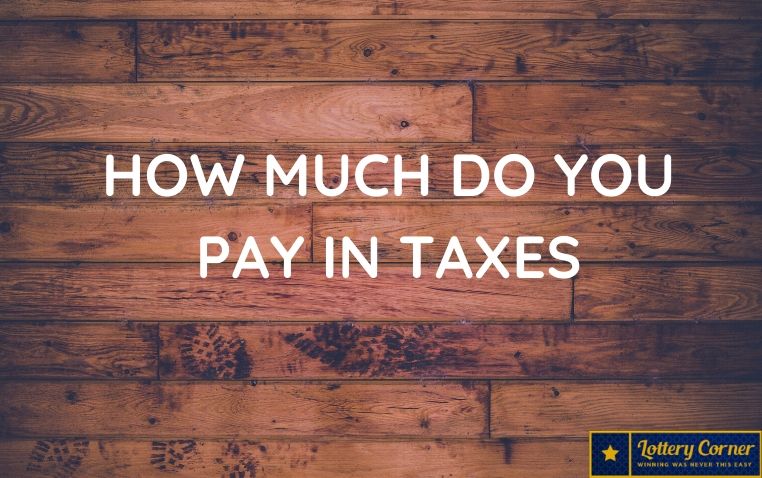 Winning the lottery is a dream for most Americans. From the numerous games: Powerball, Lotto, Mega Millions - there are winners, and yet so many losers. However, in the anticipated case where you emerge as the winner of millions in a lottery jackpot, you should understand that the Internal Revenue Service will be looking forward to taking its compulsory share from the lot.

Normally, it is not mandatory for a winner to report lottery winnings of $600 or less. However, if your winnings in a U.S. lottery are over $5,000, you should expect the government to bill you with a 24% federal withholding tax. But when the winning increases to $500,000 or more for a single individual or $600,000 for a couple, the tax rate increases by 13%! This means you should expect to pay a total of 37% as taxes to the Internal Revenue Service. Nonetheless, this percentage is still lower compared to the former rate of 39.8%. This is as a result of the new tax law changes that was passed by President Donald Trump back in 2017.

You think that's all? Definitely not! The department of revenue services in your state will equally be looking forward to having their share of the big cake. According to the Tax Foundation, it is quite bad for anyone who wins the big-buck lottery in New York. First, you'll be hit with an 8.82% tax rate. Thereafter, if you are a resident of New York City, you will be taxed an additional 3.88% on all income over $500,000.

Generally, state and local tax rates vary from location to location. Some states do not impose an income tax, while some others collect over 15%. In addition, some states have withholding rates for non-residents. This means that even if you do not reside in that state, you will still have to pay taxes to that state whenever you win lottery prizes there.

Typically, as a winner, you do not have a decision on how much state or federal tax is charged or withheld from your winnings. The only thing you can control is the amount of money you can save in order to cover any additional debts you may owe. To do this, you can make use of a federal tax calculator.

In conclusion, it is important to keep in mind that before you spend all your cash prize, remember that a certain proportion of that money will go to the government tax agencies.