Ticket valued at $1m Mega Millions sold at N.J. The jackpot is going up to $410 million dollars 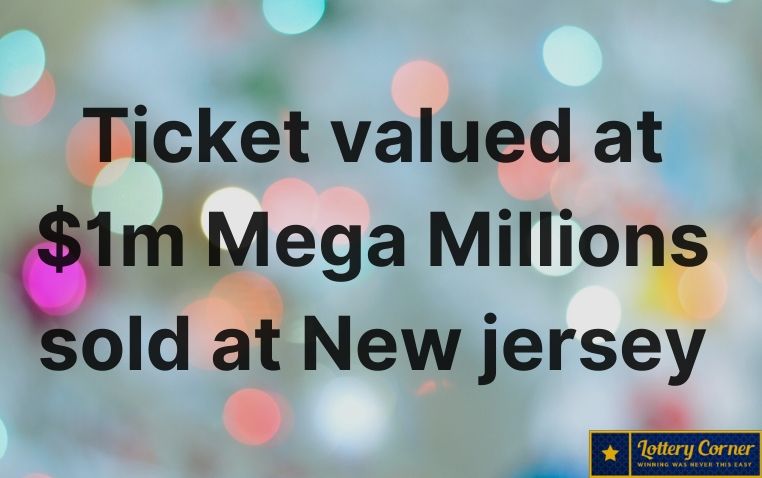 No one across the country hit the $378 million jackpot, pushing the top prize for Tuesday?s drawing to an estimated $410 million with a cash option of $308.2 million. If someone wins, it would the 11th-largest Mega Millions prize and the 27th-largest jackpot in U.S. lottery history.

New Jersey Lottery?officials will disclose the retailer that sold the lucky ticket on Monday.

The drawing was 22 Mega Ball with a 3X Mega Ball.

There were also five-number tickets for the second prize. Still, in Connecticut and Florida, the Mega Ball was not brought.

It was almost four months since a $202 million Jackpot winning ticket was acquired in Quick Stop in Inman Avenue in Edison for Feb. 11, drawing. This year, the winner will have the option of remaining anonymous.

Also read || 135 Million To Be Rolled Over by Powerball

It was the first of two big jackpots won this year in Middlesex County. Anyone who had bought a Buy-Rite Liquors PowerBall ticket on Stelton Street in nearby Piscataway won a $190 million prize on April 8. This award must be requested as well.

Because of COVID-19, the office of the New Jersey Lottery in Lawrence will remain closed. Your winnings may still be claimed in person at any retailer ? provided that they are less than $599.50.

The lottery also accepts postal claims, although officials may temporarily delay payments. Winners should make copies of the claim form and the winning ticket.

Meanwhile, the Powerball drawing of Saturday $20 million did not produce a winner in the Jackpot. Bough's in Indiana was one million dollars, second-prize ticket. All claims scheduled to expire after 19 March were extended a further 30 days from the office's opening date. For example, a winning ticket purchased on 31 March 2019 would usually expire on 31 March 2020 a year later. The claim in this example will only expire on 29 June 2020 as a result of the extension. Then it may be extended the expiry date of the winning tickets.